Women's History Month was created to commemorate, celebrate and encourage the study of the accomplishments and advancement from women in history. Originally in 1978 as week of celebration in Sonoma County, to honor women, it eventually gained popularity nationally and In 1981 Congress passed the Pub. L. 97-28 which authorized and requested the President to proclaim the week beginning March 7, 1982 as “Women’s History Week.” Eventually in 1987 Congress would then recognize it as Women's History Month. What better way than to learn more about women in history than getting it from their perspective and others? Take a look at these suggested biographies. 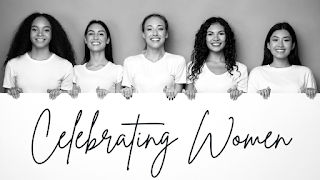 Here are some interesting Henderson tidbits for you to also consume.

“BMI Hospital was the first hospital in Henderson, Nevada. It was built in 1942 to serve the employees at Basic Magnesium, Inc. (BMI). The BMI plant shut down its operations in 1944, and the hospital was put up for sale.

Seven Adrian Dominican Sisters arrived in Henderson in 1947 to assume responsibility for the hospital. These Sisters, along with countless other women in the Henderson community, worked hard during many lean years to ensure that the hospital could continue to provide high quality care to Henderson's residents.” - Henderson Libraries Digital Archives

Henderson Libraries participated in a grant funded oral history project that interviewed people in Henderson in various different perspectives. These interviews illustrated a different view of life of a growing city. You have the option of viewing the interviews or reading the pdf transcripts.